Well theres much excitement and chatter about the newly released  wooden over bridge  bridge kit from Harlow Graphics.
http://southernline.blogspot.com.au/2013/03/release-bridges.html#comment-form
Great work guys but probably 15 years to late for me !
And as a bit of a spooky coincidence ,the Lang st road over bridge is being rebuilt .
Lange street , Glen Innes that is.

The bridge before work started on the 16-3-13 which was fitted with a pre cast panel on the roadway last time it was rebuilt .Which apparently makes a lot of noise if you live close by. 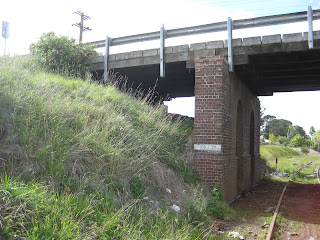 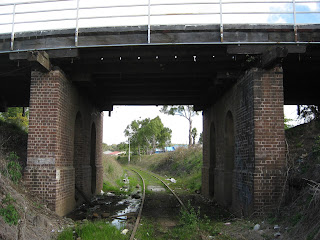 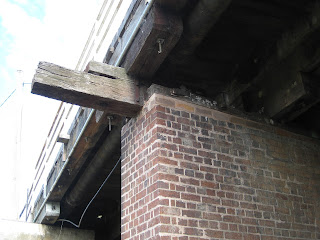 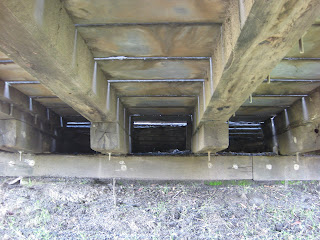 This work wont cause much disruption to train services as apparently we don't deserve any to start with !

NOTICE :
TO ALLOW CHANGE OF SUBJECT .

When you watch the news and theres some idiot from the city complaining about his train being late and how upsetting this is for him ,It makes one wonder if these fools who want to live in a rat hole in the city should have the right to bitch about there train service being late because at least you HAVE ONE, us bush wackers would be happy to have a train service even if the thing was 3  F@%KEN hours late we would still appreciate it when it showed up .
So either move or shut the F@^K up.

I feel a little bit better now having said that.

Meanwhile back at the bridge.

And just by chance your interpret reporter was on the scene to capture some never before scenes of the deconstruction of the bridge which help show the other style of piers which would work for this bridge which are brick, I kid you not Brick !
I think Tenterfield may also have this same style of brick piers ? 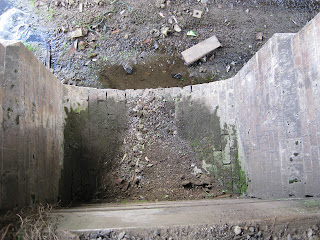 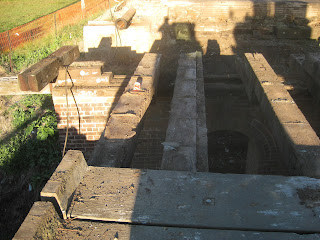 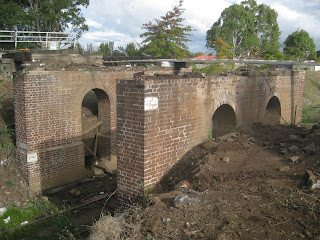 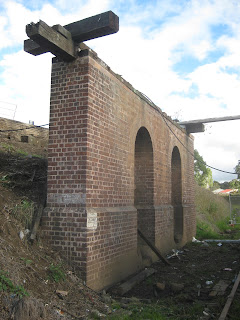 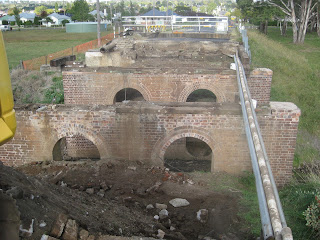 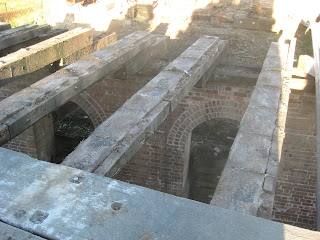 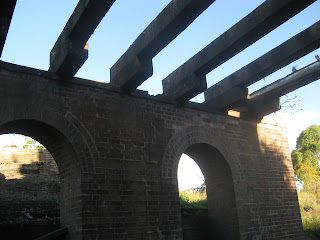 The new road deck will be added to the heritage listed piers as work progress so when this happens I will add the shots to show what the new structure looks like.
See I don't just talk about Military stuff   SO THERE.!
Posted by BOLIVIA at 9:36 PM