I ended up in South Australia over the Easter period and at Tailem Bend yard they have a few wagons on display one of which would suit a scratch building job on the Auscision VFX/ABFX 75' wagons.
The wagon was converted from a ABFX as part of a display train that toured the state in1986 as the Jubilee Trade Train for the states 150th celebrations .
As used the wagon was loaded with Mitsubishi Motors products for display along with 7 converted CD/AVCY baggage cars as part of the train
Further pictures of the wagon loaded and unloaded and also the difference in the colour schemes from then to now ,can be found in an article in the AMRM June 87 issue 144. 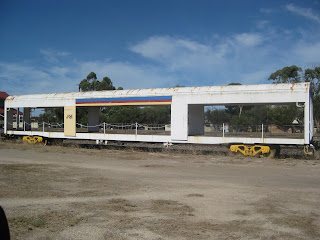 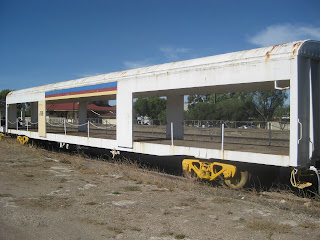 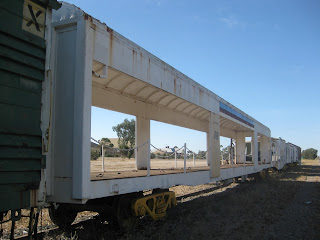 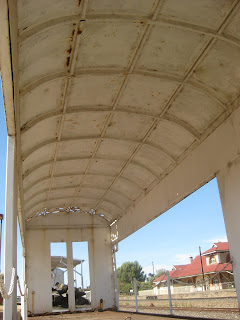 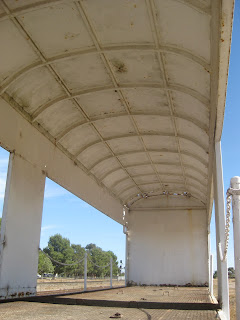 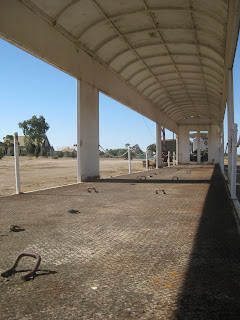 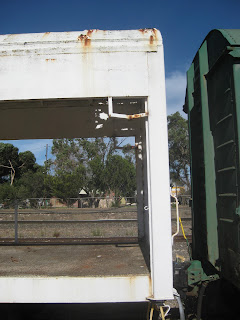 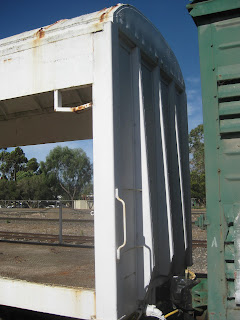 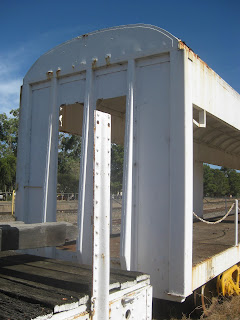 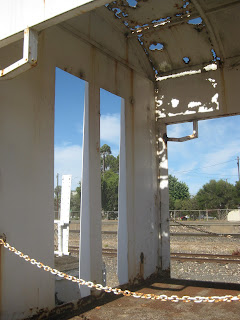 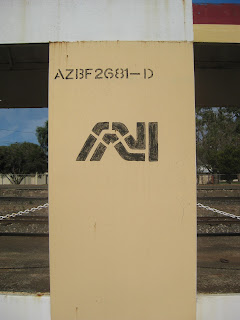 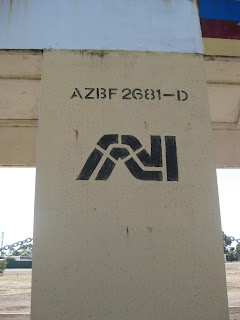 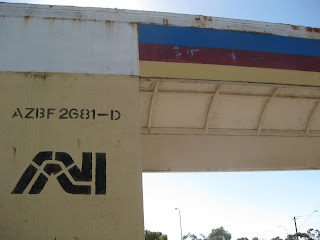