A long time interest in military trains that ran on the NSWGR ,has finally resulted in some modelling of this very much unknown freight traffic.
Articles on the TE wagons and CENTURION tanks have been done ,but none on the latter 70s period.
Collecting the few photos of these trains that are available, and then researching the actual military vehicles as used by the ADF in the 1970s to 80s  has resulted in a large collection of books on all the different variants which where used around this time
The M113 and M113A1 family of armoured personnel carriers was  introduced in 1962 and is available as a HO scale model.But to have the differant variations requires some kit bashing and some castings which where produced to speed up the process 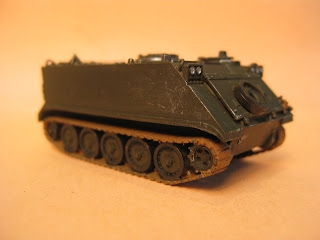 FSV  ( FIRE SUPPORT VEHICLE )
M113A1 WITH SALADIN TURRET AS FITTED BY
AUSTRALIA ONLY . 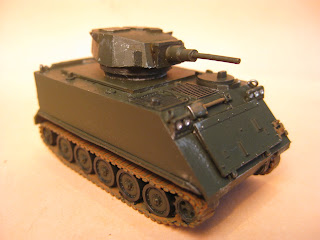 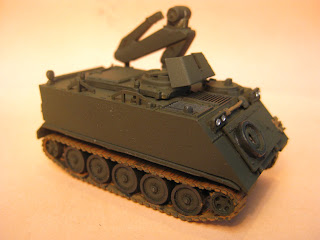 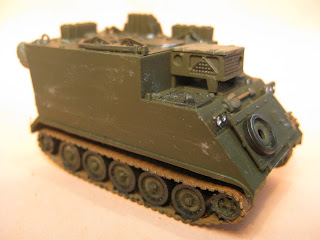 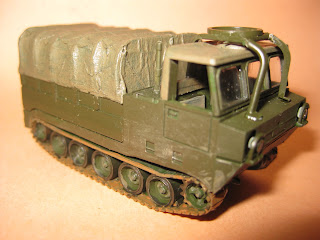 The leopard family of fitting vehicles was introduced into Australian service in 1977 as a replacement for the Centurion tanks.And a very interesting picture of a train on the Grafton viaduct with a 45 long end leading with 1 x M548,  4x AS1 Leopards, 1xLeopard ARV, 2 x passenger cars and 1x Guards van .Can be scene on page 111 of the Alco DL541 book 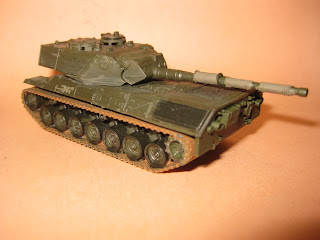 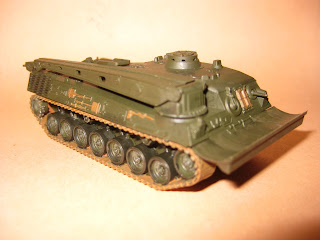 A SHOT OF WHAT THE FINISHED APC TRAIN WILL LOOK LIKE 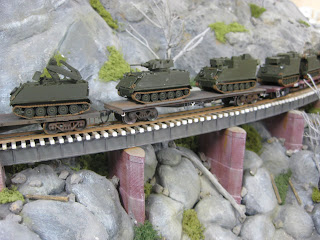 So now that I have shown you mine ,I need you to show me yours  !
There must be someone out there with some photos of these trains and wagons loaded up. So if you have let me know as I feel an article coming on.But I will need your help with some pictures and info on the trains themselves.And if theres any interest then castings will be available too.
Posted by BOLIVIA at 11:00 PM