Mk 3 Centurion at Duxford Imperial War Museum UK
in colours of the British Forces during the Suez crisis era. 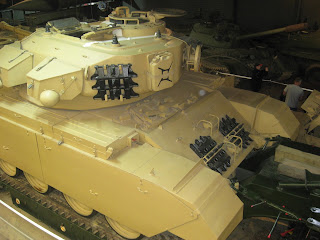 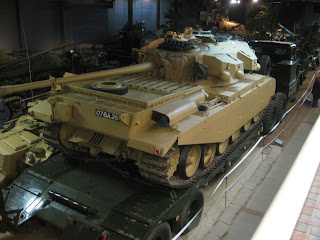 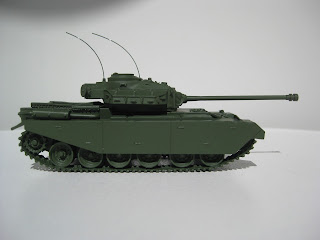 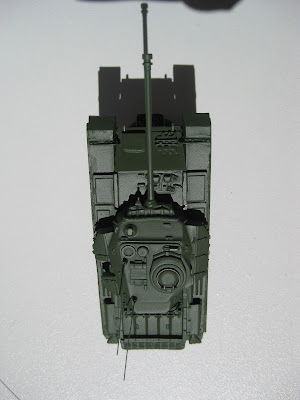 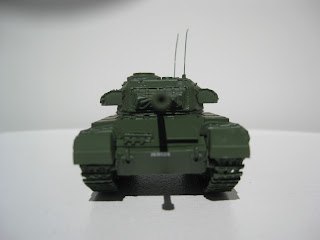 Beautifully packaged and presented ,the tension built.Opening the box and carefully removing the contents from its foam cradle .I looked and turned the model marvelling at the detail, then--------------------------
I though to myself this doesn't look right what have they done ?

Upon closer inspection.
The overall dimensions are very close to the prototype with 1 exception the overall length.
(more on this latter)
1/ The tracks have not been positioned poorly and have a nasty bend in towards themselves at the bottom
2/ The rear deck casting has a very nasty dip or depression in it which carries threw from the rear of the hull
to the air inlet louvres. 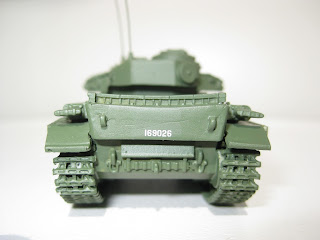 3/ The rear of the hull should taper in at the base but has been made straight.
4/The bottom of the turret has been raised by a piece of 1mm styrene which gives the turret the correct             overall height .But doesn't give the correct diameter at the base .This is quite large and overhangs
the stowage bins along the track guards by about half there width on the prototype. 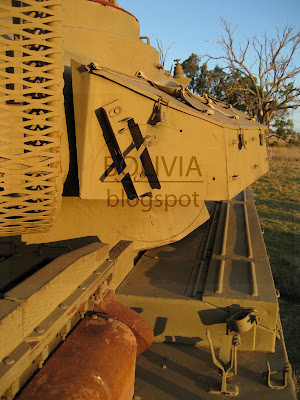 5/The overall shape of the turret has been stuffed up.With the angles and dimensions all wrong which
combine to make the wrong shape altogether.The easiest way to explain this is to overlay the model
on a plan and you can see problems. 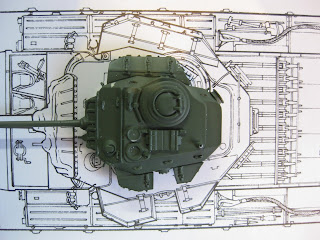 6/The loaders hatch(The rectangle shape below the round commanders hatch) should be parallel
with the bottom edge of the turret.

Photo illustrates the correct positioning of the turret boxes.
And barrel positioning. 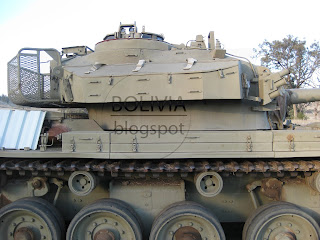 Photo shows turret boxes alignment problems and also
barrel to low.I have put in a new packing piece to try
to fix the overhang problem.And moved the turret forward
as in point 10.

10/ The overall length of the model is incorrect which is caused by the complete turret assembly being
positioned to far towards the rear of the hull.To correct this it needs moving forward by 3.2mm
As in the picture below.This positioning also changes the overall appearance with the turret reversed
and barrel in the travel lock for rail transportation .Which i suppose is the main reason for the model ? 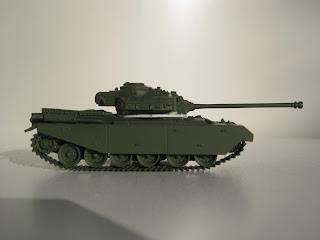 Overall this model is very disappointing .I'm not sure how they came about the design and proportions
given that plenty of plans and prototypes are available to get it right.
And the pricing which is a lot more than the other available models of this tank , doesn't reflect  the
finished standard of the model.