Have been doing a lot of stuff lattely.
No 1, I went to Lismore to get my Birthday present the other week .Which was a ride in a L-39 jet.
Now most people have seen Top Gun ,and a flashy nickname seems to be the fashion if one is involved flying in the jet fighter industry.
I had lots to chose from Maverick.Iceman , Goose was suggested  .
Well actually the one that would seem to fit perfectly after the event would be Chuck Chunder. 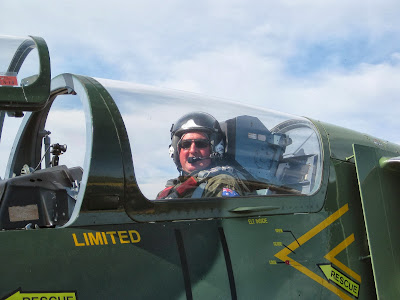 Well that was last years present, and the week before that I had to go to Tamworth to get this years present.
A West Highland Terrier , which we have now brain washed into thinking his name is Jock .
Wee Jock is a bit of a socks and bras man ,cords, shoes and anything else.
Does anyone know where you can get the back half of a thong restored ? 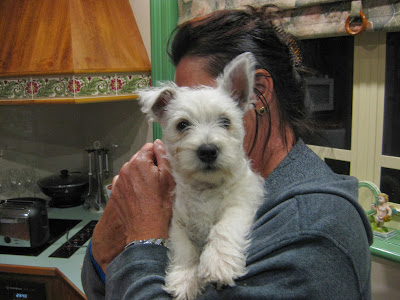 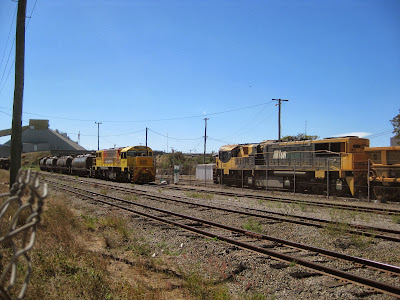 And while we where there made the trip up to Atherton to see some relatives .Now if you haven't seen the sugar cane railways in action do yourself a favour and check it out.The length of the trains is one thing but some of the curves and grades in the highlands is amazing.

The end of the train is disappearing on the far right 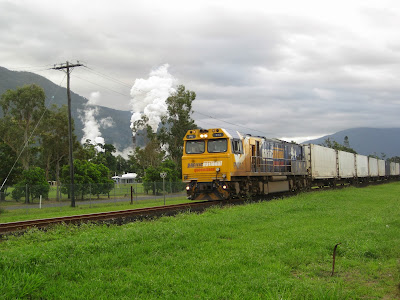 And then we had a sleeper on  the Sunlander back to Brisbane.
The old QR moto     I"ll walk beside you, is very true. 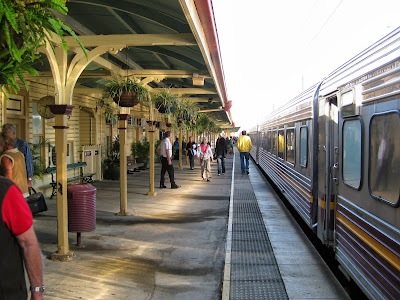 And of course this weekend a trip to Liverpool.Got to Ardglen on Friday night to see a coalie going over the top with three 82 bankers which stopped in the loop to allow a wheat to pass, then restart on the grade with no problem at all .Camping on Friday night in the swag near the old BP depot at Scone for some up close train action.I knew they sifted a bit of coal out of the Gunnedah basin, but on Friday night there must have been 6 coal trains heading north, all triples with about a 100 wagons, 2 wheats + the cotton container train . And the Up trains heading the other way.Very busy line.Got some shots in the morning around Muswellbrook before heading to Penrith to scan some pictures of transformer wagons and out of gauge stuff. 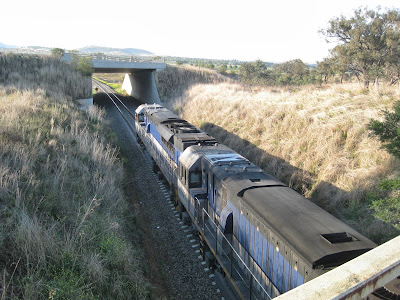 Attended the exhibition on Sunday after church of course !
Well its more of a shop expo isnt it .Which is good for all us red necks that dont get to the city too often
Every thing in one spot.They could look at incorporating some layouts into the shop fest as well.

Whose idea was it to put layouts in that tent out the back on that springy arse floor that turned into a sauna for those poor unfortunate bastards that had to be out there.
Maybe now its the year 2013 the organizer could shell out a bit more of the $14 they charge to get in towards air conditioning. I've camped in some shity shearing sheds but that tent would have to take the cake for an event held in the states capital.
Possibly the state goverment  had to offset their carbon credits, so the fire works could go ahead on the harbour that night ?
LAYOUTS, get some layouts to attend .
Pay some money for the entertainment that brings in the revenue and organize some F%@#^&!en layouts.Crying poor and not wanting to part with any of the door money is not really a good excuse.
Most good layouts would attend. But don't expect them to subsidise the clubs profit margin. I for one have never been asked to go to Sydney without the proviso that I spend a couple of thousand to cover my expenses and time ;and be happy with a hot dog voucher for lunch from the organizers as a 'feel good' incentive.

Back to the trains
Went into Newcastle on the way back to check out the action. Sunday afternoon  going to the coal loader the trains where nose to tail. If anything happens to this line or bridge like up at Breeza , the whole states coal industry would shut down I'm sure. 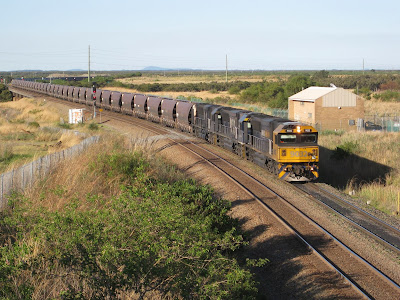 I did notice for any purchaser of the Auscision coal wagons that the wagons from Gunnedah have a different loading to the Hunter trains. Probably to do with the axle loads. And of course the colouring of the inside of the wagons 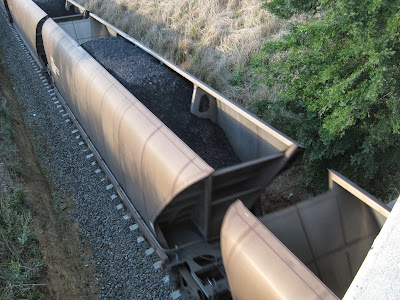 Wagons from the Hunter 100% loaded 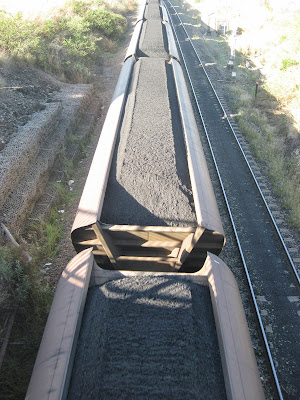 An empty very shiny wagon .And it looks like the doors don't shut properly either, spreading coal into the ballast .

This is a major problem for the perway in the Powder River Basin in the States and I suppose in the Hunter too. 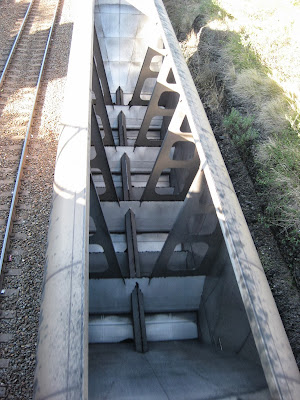 Got to Scone to my camp and had  no problems with parking. I cant believe such a good spot and no one else is ever there!
On Monday headed home only saw a coaly coming out of the Ardglen tunnel and then followed the bankers back to Willow Tree. 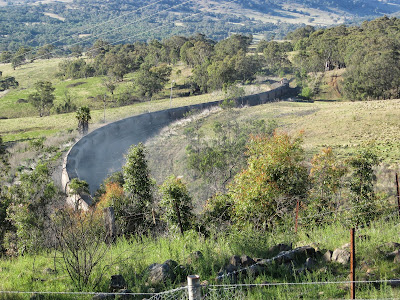 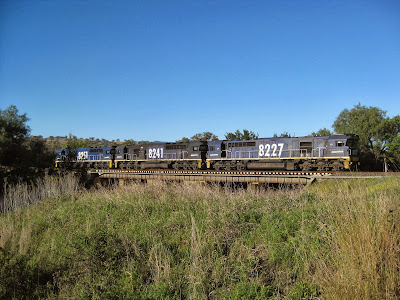 And now am back in no train territory.
Apart from the pretend ones that is !