WITH THE IMPENDING RELEASE OF THE PAY BUS ,
WE HAVE FP9 AT WEST TAMWORTH ON 7-9-83
IN WHAT SEEMS LIKE A VERY DARK PAINT

I have not been doing much scenery work to the layout extensions for some time.
I suppose I did do a fare bit of scenery on SOUTHERN HIGHLANDS to get it ready for display, which hasn't come out of the trailer since returning from the Epping exhibition.
So I decided to stop mucking about with carriages and stuff and get some scenery done.
One of the spots that has not seen any progress is the rocky canyon area that leads to Fraser's creek .Which is the entrance to ASHFORD station.
I originally did some work on this back in January 2012.Which I wasn't happy with,as the rock walls ended up looking like granite which I didn't want as I already have plenty of granite. 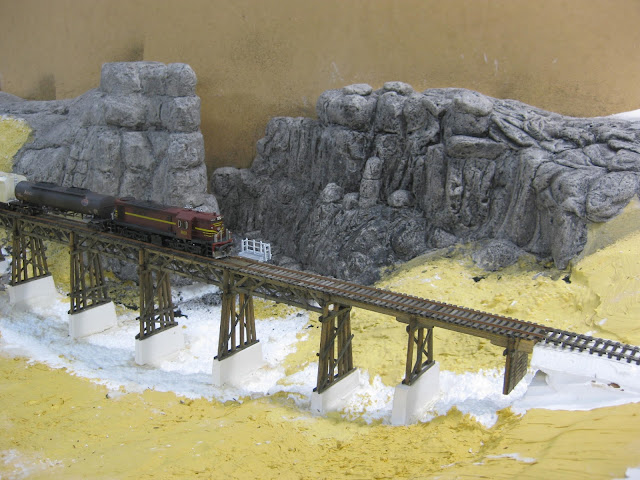 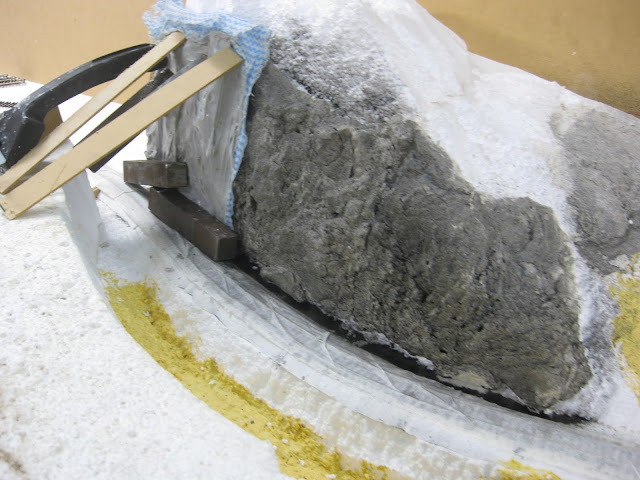 I did make a couple of rock molds myself which didn't really produce a decent rock strata . So I purchased some rock molds from the US with the right looking rocks I was after .They are pretty big in size .One of them would be 600mmm x 450mm.So I removed the rocks I had already done and came up with a system for using the large molds.Which is a much improved method from the sticks and props I used originally.
The best way is to use sand bags to hold the molds in place .This allows the mold to conform to the foam shapes and hold while the plaster sets usually about 45 minutes for the cornice cement I'm using.
The plaster needs to be left alone while setting ,with no sneak peaking or the plaster pulls away from the mold. 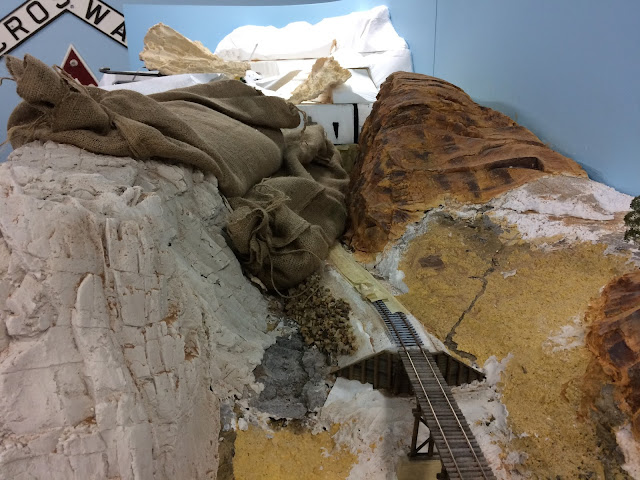 I wanted to have that orange rusty colour for the finished rocks .Which I over did the first time.so I had to try to remove some of the colour which I managed to do.And to blend some more colours into the rock work.
Some more trees and grass will also help tone the colour down ( I hope ).
The more you look around when driving the more you realize there are a lot of very orange looking rocks and soil out there. 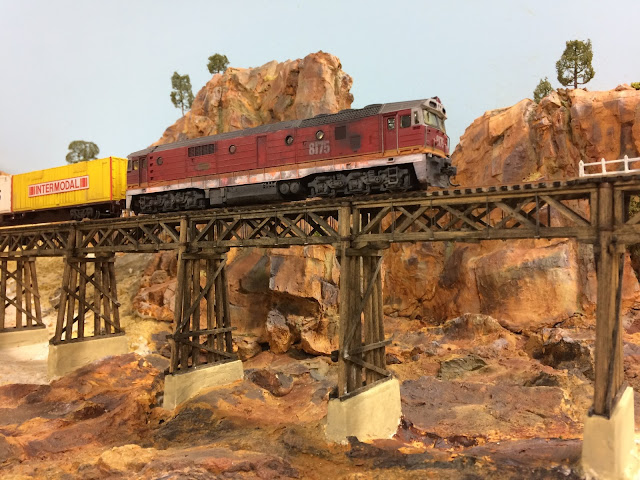 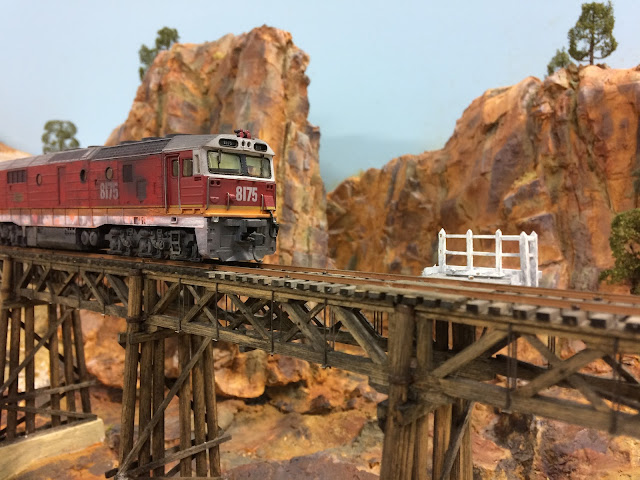 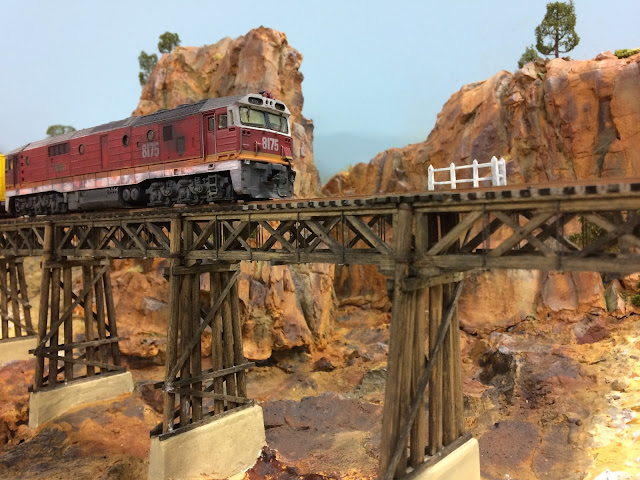 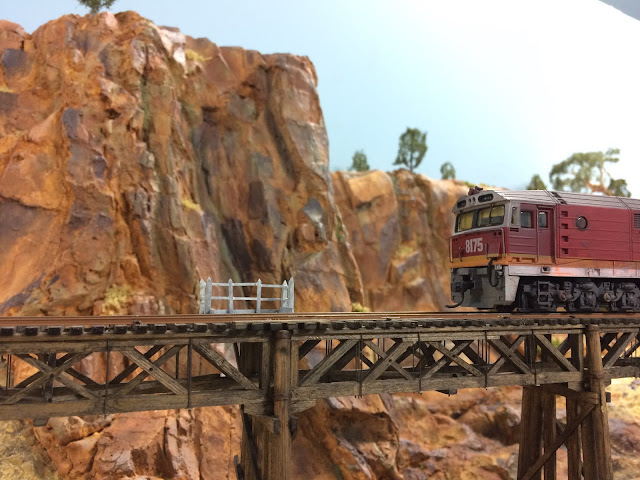 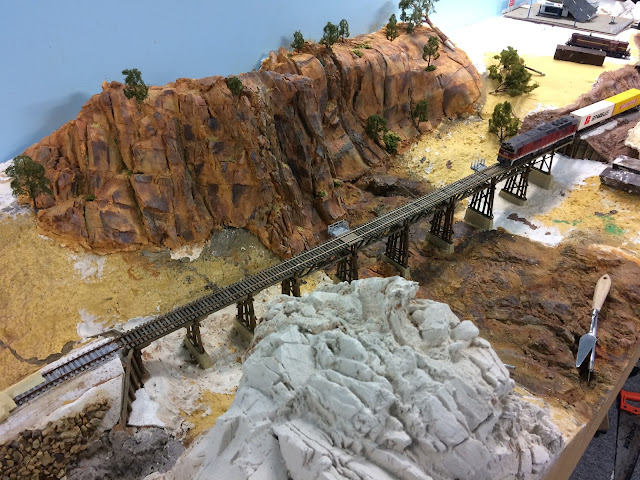