After a week camping out with the natives of Barraba. I Thought I should give you an update of Barraba station.Which isn't much these days after the line closure. Originally opened in Sept 1908 with Barraba 343 Miles from Sydney and being the end of the 60 Mile line which branched at West Tamworth.
The town was served by Passenger as well as freight trains with the main export in the dying days of the line being asbestos from the Woodsreef Asbestos's Mine being exported in containers.
I had the chance to ride the line on a  CPH in Sept 81.
While in Tamworth for tech the teachers decided to have a strike obviously they wernt happy about there career decision (not that unhappy that the would leave though )
So I caught the train to Barraba which connected with the North bound Glen Innes mail. 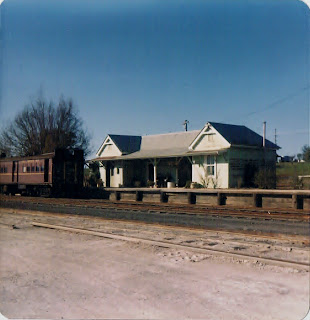 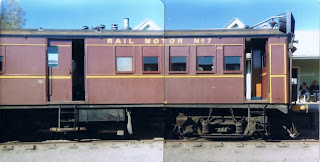 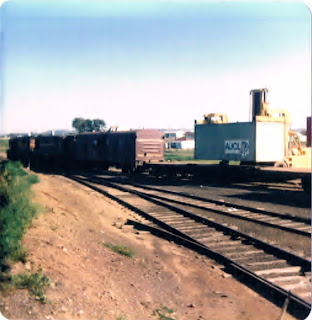 
Then returned on the same CPH which connected with the south bound daylight  900 DEB set from Glen Innes to Sydney.
On this particular day a Wednesday I think the CPH followed the Daylight down to Werris Creek for servicing.which the crew invited me along for .Giving me a chance to look around the Creek before catching the Northbound daylight back to Tamworth.
Not a bad day out.
The other option was to right myself off with Tech mates .

SOME TECHNICAL STUFF
ON BARRABA 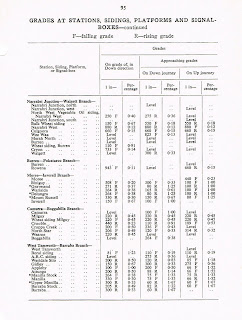 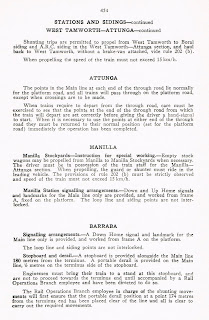 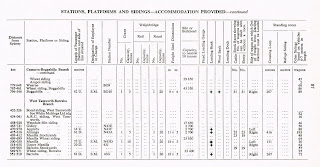 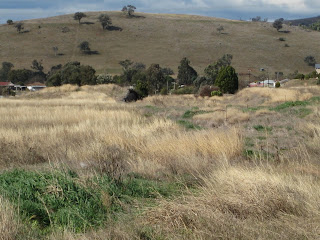 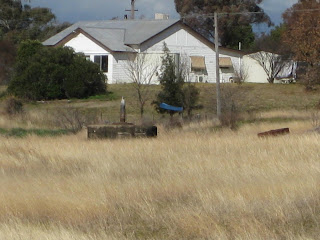 The small park thingy, as a memorial with some interesting info on the telegraph line which I will use on the Ashford sections.they shouldn't be to hard to make a master and then cast up .Being 3 sections of galvanized pipe slotted into each other with a galvanized top section for the insulators.
And being different to other pole lines should add some flavour. 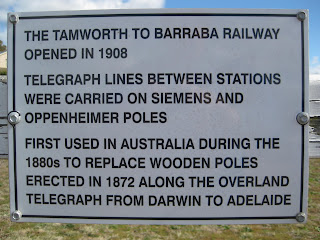 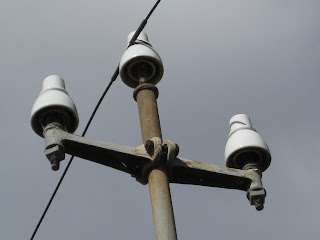 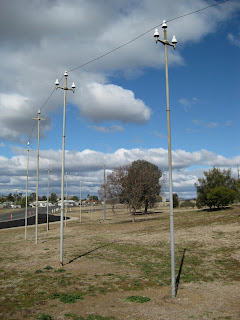 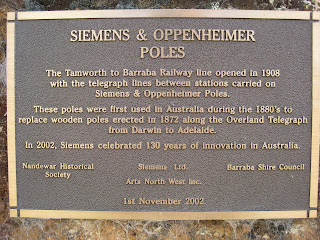 And a original railway gate set up 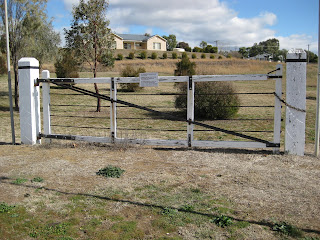 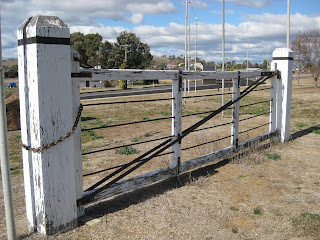 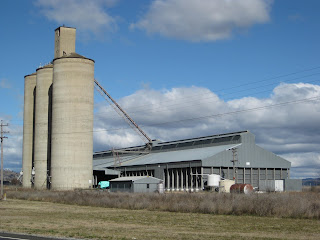 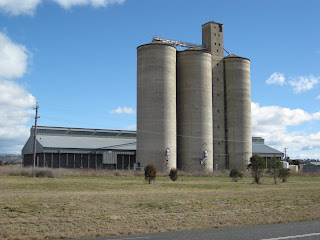 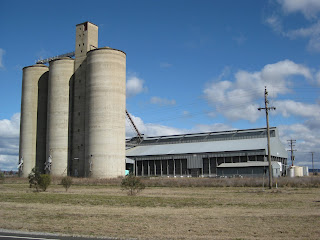