Well I have had a big couple of days out.


We blasted off from home at 2pm on Friday.Checking with the chief on the flight plan she didn't care which way we went so I thought we might be able to make Tamworth before it was dark, as I wanted to see if the rumours of an accident brake down crane in the old freight centre where right and get some pics for a model .Everyone has fantasies don't they !!
Well they where right and after some enquires I was in.It belongs to http://www.dsrm.org.au/ awaiting transport to the museum. 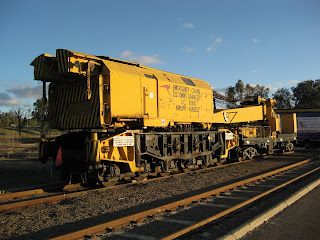 
With 40 minutes of sun left Werris Creek was our next target. With a quick look at Loco.There seemed to be a lot of stuff there but no action in the yard. 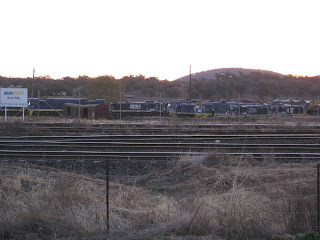 And what looks like rotten row for some 80,s 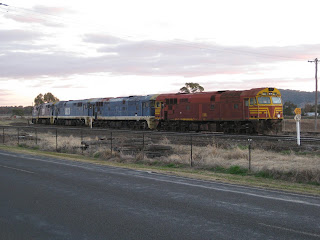 It was about this time that the passenger  said  IS THIS THE WAY TO SYDNEY  ?    Its a short cut !
No more light ,means no more trains,
Had a pub feed at Muswellbrook, carefully selected for the viewing options with 3 going past then camped at Branxton.

Got there in time to line up for 40 minutes waiting for opening time.And first stop the second hand stall.Its everyman for himself in there ,And you thought the Myer Boxing day bra and shoe sale was bad.Got some books inc working timetable 1977 for Northern Division Cowan to Wallangarra,North coast and Branches $5  and styrene sheets all bargains .
As usual a good collections of layouts and all the retailers with there with there latest offerings no coil steel wagons or oil pots yet apart from 4 wheel ones which where selling like hot cakes even if they where the wrong colours.I wouldn't mind some of the Loco fuel ones but you have to buy 2 others that you don't want.I'm going to have a think about that.
I  will give you some of  what I thought where the modelling highlights.

A very nice bridge and road on ODDWALLS 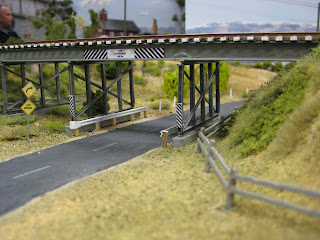 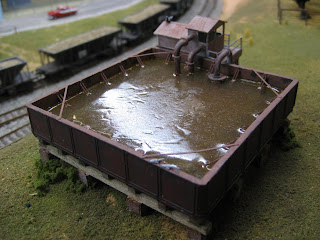 Someone obviously knows something about sub stations at WALLERAWANG 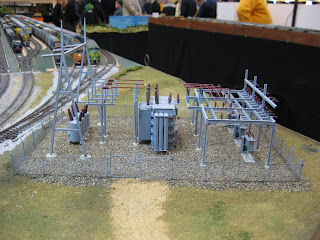 Some of Geoff Notts work 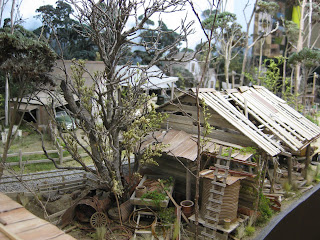 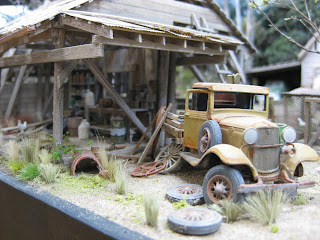 ITS THE   Andrew and Ian show staring BOWEN CREEK 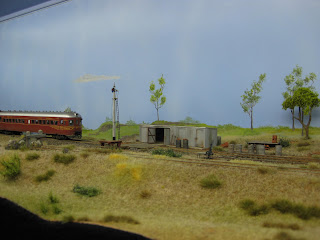 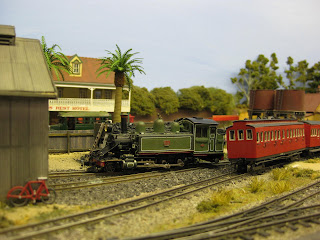 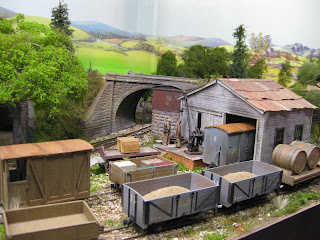 Its 2 and where out of there, off to see if that damaged crane is still at Chullora and yes it is right near the fence BINGO
The cab looks a right off not sure how the operator faired .I do remember seeing some shots of the tip over but haven't been able to find them again due to my  special filing system  its The biblical system Seek And Yee Shall Find.
COWANS BOYD RC110-11T AND NDKY 3000 JIB WAGON 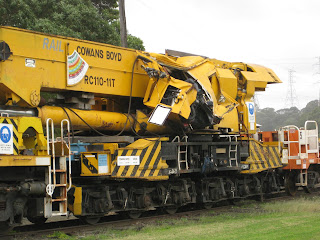 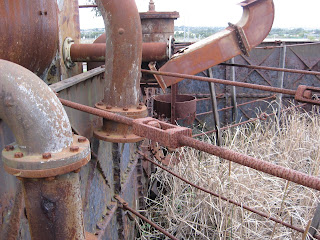 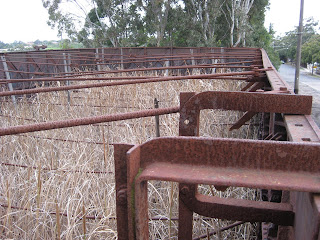 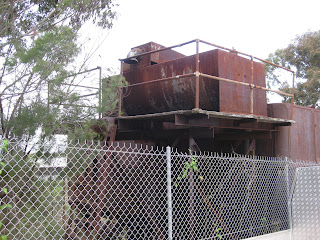 Another crane at Thirlmere
http://www.trainworks.com.au/
Whats the record for cranes spotted in 24 hours ? 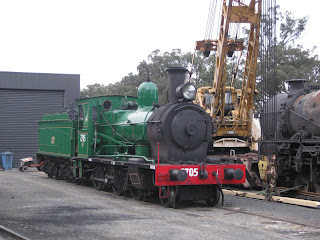 Overnight in Bowral and then on to pick up the new hound courtesy of the Moss Vale pound .That crack about how many cats a day would a dog like that eat , didn't go down to well.
Left at 11am I was going to go to the museum but it was raining.No it wasn't cats and dogs either.
Came back home through the Putty Road which was uneventful till we got to Singleton where  we cross under a north bound coalie So I thought I would get in front and try a video before the sun went down . Set up at Hebden Road crossing Ravensworth about 4.30 didn't have to wait long as 4 coal trains 2 in both directions passed in 15 minutes.But I wasn't ready for the best bit, what the locals obviously call lets ignore the boom gates, red lights ,double demerit points,oncoming train and stop signs on a double track .Makes you hope they under stand what the red on a traffic light means .These where only cars  but maybe the truck drivers around the area have a bit more respect for what a train can do.
The videos are a bit rough but maybe the rail operators might like to think how much some video gear at crossings would cost to stop this as opposed to a multi million dollar crash, clean up and court case.Maybe its a OH and S issue to save the train drivers  trauma or possible death .But then again it could be a 2011 version of natural selection.
1510 ks later got home at 9.30 Big Dog went to bed.
Posted by BOLIVIA at 1:37 PM