THE BITS YOU CANT SEE BUT CAN

The June AMRM had an article by Peter Jarvis on
Modelling The NSWGR Steam Locomotive Watering Facilities.

Which I thought was very good .But as it says Modelling I think the main point has been missed .In that all the photos shown are of tanks as we would see them and that is from ground level.

BOLIVIA was built as high as possible so that track level would be at eye level and the trains and scenery would be seen as in real life from ground level . With the viewer having to look around structures and scenery to see the trains .And moving around to view them and thus changing the way the layout looks from different angles.
But even still you look down on the layout.Not as bad as some layouts that give you a view as if you where in a plane.But this means that most important part of modelling a water tank is the internals from the top .Which most people wouldn't know about because they have never seen in the top of a tank. 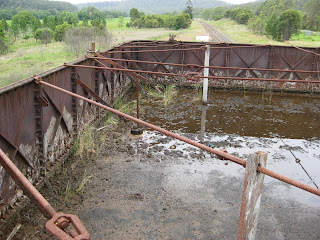 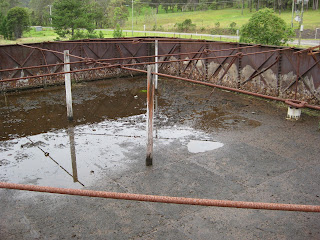 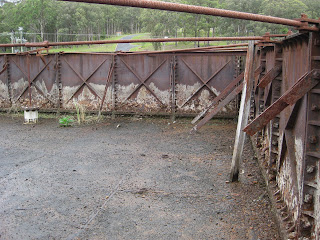 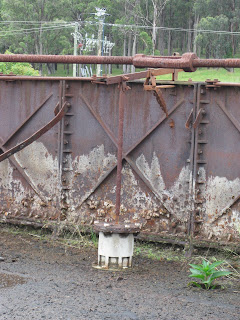 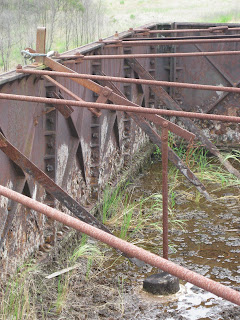 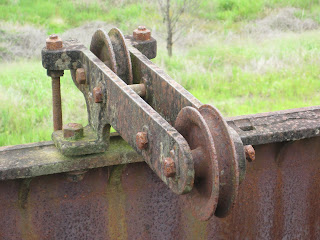 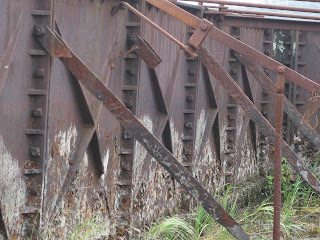 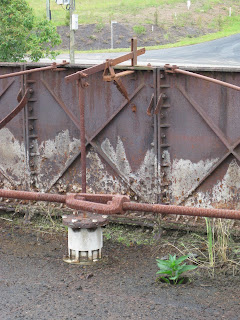 ﻿
These shots are from Glenreagh and although much deteriorated in condition show the wealth of detail needed.On the part your going to see the most.

This is the water tank on BOLIVIA showing the bracing , inlets and also some algae growth. 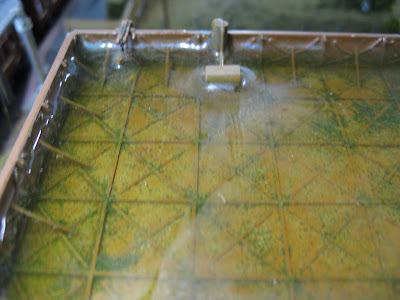 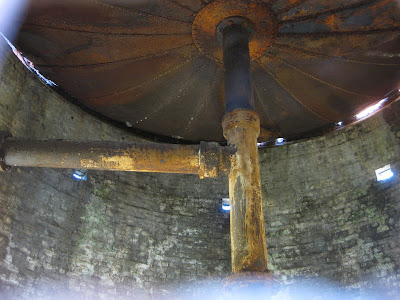 This is the under side of Byron Bays tank all I need is the top view.
2 posts in 2 days a new record !
Posted by BOLIVIA at 8:55 PM