After reading the article Building the Hawkesbury River Bridge in the latest Australian Railway History May 2011.And thinking how good that was,Imagine my excitement when in a book store yesterday and finding this little beauty that I haven't seen before.Put out by the Clarence River Historical Society.

With plenty of photos, original drawings and reprints of articles by The Journal of the Institution of Engineers Australia, Nov 1932, Dec 1932 And August1935.Plus Roundhouse July 1982.

It makes for a frightfully good read for anyone with a tendency towards a bridge fetish.

I'm not sure whether the ARHS has it available but a link to the Grafton Society  http://www.clarencehistory.org.au/publications.html  will soon have it in your hot little hands.
Posted by BOLIVIA at 8:45 PM No comments:

Well just to prove I have actually been doing something.Some shots of IDR Models kits that have just been finished.

KHG GUARDS VAN
I went a bit overboard with the weathering but by the time I realised it was to late. 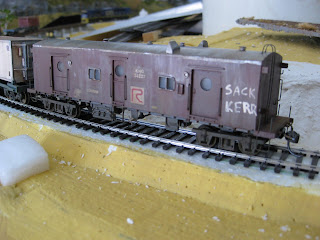 OSF CONTAINER WAGONS WITH LRC CONTAINER
These where very common on the run from Tenterfield and Wallangara abattoir and have been needed for a long time. 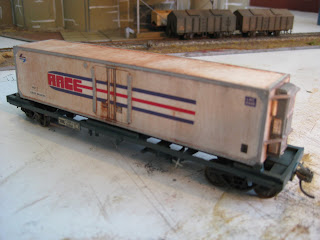 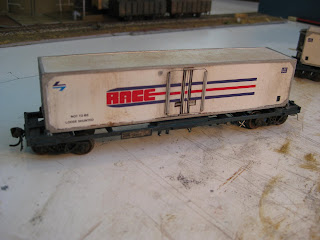 I have another wagon built which was going to have cattle containers on it but  after finding a picture of 2 x Fielders tank containers on a OSF I will go that way.
. 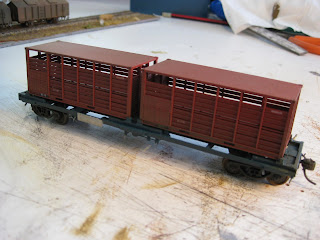 After getting the wagons finished which was a good break from the layout.
A much needed repair was made to the A Depot which had developed a nasty buckle in the styrene used for the concrete receival apron,and thus had distorted the styrene of the catwalk and awning support beams.
New styrene was cut for the concrete and a new catwalk,support section fabricated from brass.
Which will allow the depot to be stuck down in position.
I got all excited and started to build some sheds and out houses associated with silos to.Plus dug out some photos of sampling stands to chose from.


The receival area cleaned up 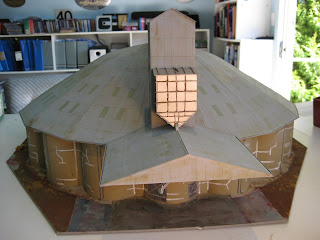 The new sections made up. 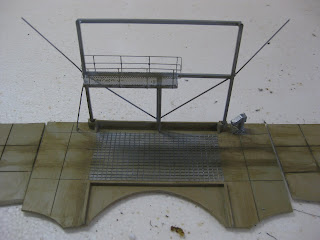 The sections in place with some RU'S. At Mount Russell there was the ability to transfer grain from incoming wagons via a grate in centre of the tracks to be delivered via an auger to the road receival grate.As shown 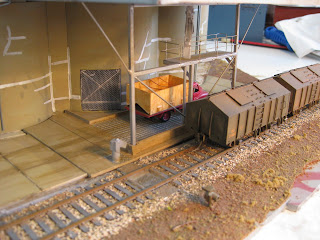 The monster from the air with a 45 class for size 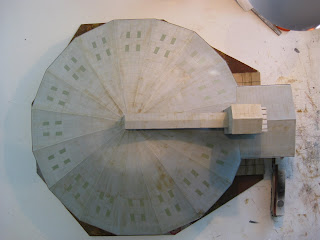