Just an update on progress or probably lack of on the layout side of things.
Yesterday I  decided to put my Tanks and APC's down for a while and maybe , that I should do something on the layout for a change .Looking around at the 1000 different things that needed doing .I thought it might be nice to have a go at some rocks for the Frazers Creek crossing which I have high hopes for as a good spot to do some train spotting once operations commence.
Not much has changed from the pics of this area of the layout in the 2010 Christmas Report, until today that is. Which give a good overall view of the area in question.
Being a while since I have done some rocks and wanting to have a go at making a mold. I got all the gear together and went over the edge of the bank near home, found a suitable rock and used Mr Simple Glues latex rock mold stuff with some kitchen wipes as reinforcing and once dry used a tube of Silicone to build up the thickness .Which worked well with no problems when I went back and removed it from the rock.
The mold finished up about 200 mm square and works well.
As per usual all the thinking and wondering about how it would work took far more time than the actual doing !
While I was waiting for the mold to dry I started on the rocks around the crossing which form a rather steep and narrow gorge for the creek to exit the scene with the creek curving behind the rock face to hide the backboard .
I like to give the rocks a quick spray with some black diluted paint in a squirty bottle to bring out the detail to see how I'm going and so far its not to bad .
I intend to have a lot of trees ,bushes and black boys in the valley so I can hide some of the rocks that don't look that flash.
I used the mold on the rock cut that leads up to the tunnel entrance and its a good way to do large areas in a hurry.Ill have to get some more Latex and make some more molds to change the strata around a bit. 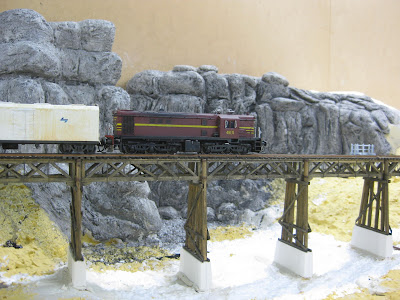 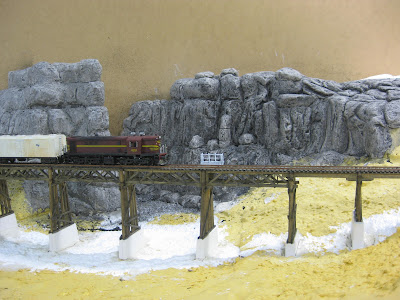 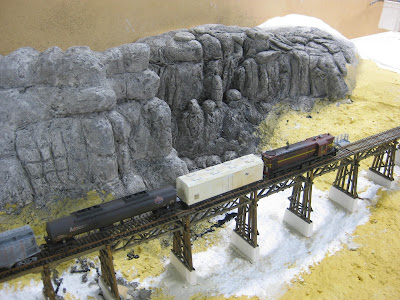 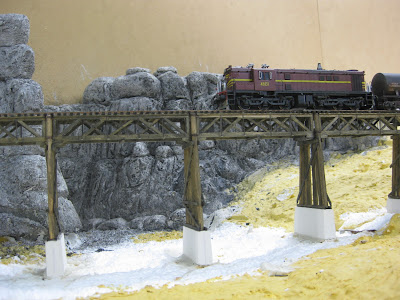 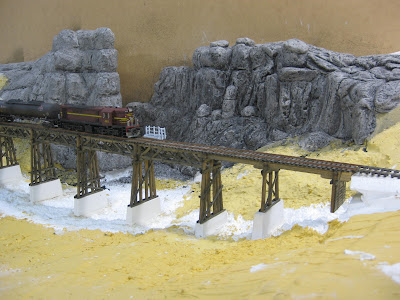 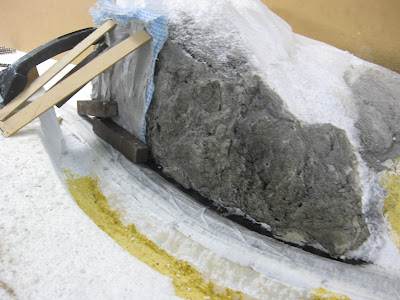 Also found a good book full of pictures of good old fashion servos.A great resource to find a design that suits your time period .After looking at this it looks like the residents of Ashford will be able to put a Tiger in their tank. 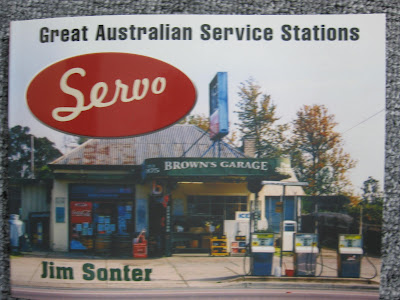